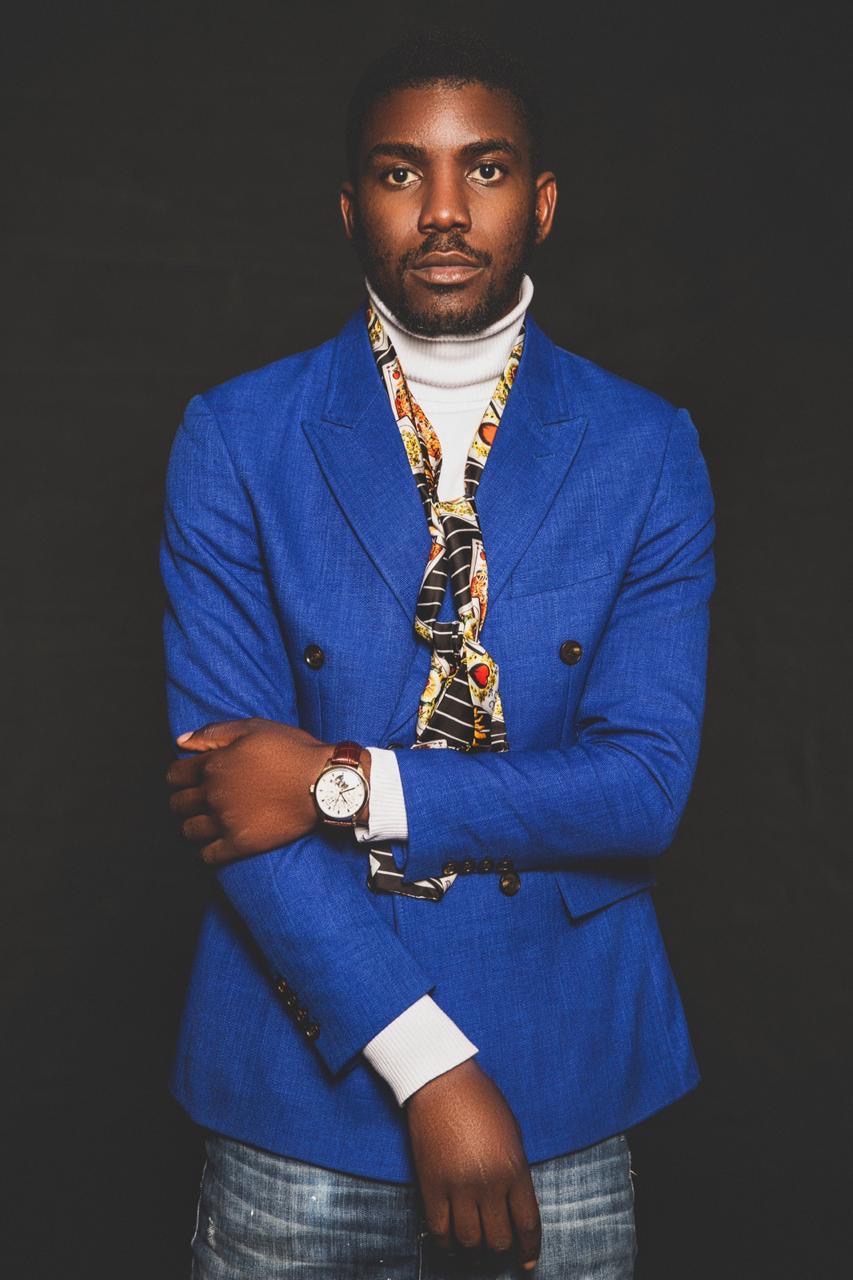 Mahone The Quiet Junkie is a Luxury fashion brand under Mahone Group Pty Ltd which deals with the manufacturing of local clothing that aims to challenge African fashion aesthetics through a fuse of both modern/western aesthetics and African inspired aesthetics/elements.

Founder, Sibusiso Mahone is a business graduate who studied both business management (Project Management) and Fashion Design. He comes from a township called Tembisa and started his journey in fashion by working as a sales assistant at Diesel whilst interning at AFI in order to pay for his studies at LISOF as he pursued his dreams of being a Fashion Designer. 1. What got you into fashion?

I’ve always loved fashion from age 12, I remember as a kid I would run home after school just to watch Fashion. Documentaries and the 1 designer that inspired me the most was Karl Lagerfeld. He inspired me to look a certain way which started my fashion career because I would always alter my clothes to look different and stand out.

2. Why did you go for high end and not commercial stuff?

High end carries a meaning and plays a huge role in sustainable fashion and the preservation of our eco system. People that buy luxury usually expect to buy a garment which will last them a long time and that helps with pollution and helping our eco system unlike mass clothing which forces to buy something new every 2 weeks.

High end also gives you an opportunity to play around with creativity more because your clothes and season collection are able to tell stories or speak of topics that connect directly to people making them feel a certain about themselves when wearing the clothes.

3. How long did it take you to get the brand where it is now?

It took me about 3 years to fully understand the brand and get it where it is today. I first had to learn the hard way about fashion, concepts and my duty as a designer.

4. How many collection have you had since you started?

I’ve launched 3 official collections so far and plan something huge for 2020.

5. I see you had a collaboration with Bain’s how was working with them and what actually were you doing with them?

The collaboration with Bains was about fusing 2 local brands that are proud of being local and both are working hard to be leaders in the world. Bains X Mahone hosted a dinner for 20 friends in the industry to share more about the award winning Whisky Bains Whisky and about the story of Mahone.

6. I see you also worked with a lot of Celebrities including the Tressor and Casper to name a few, how was it working with them?

Working with celebrities is always interesting but working with Cassper Nyovest and Tresor was a privilege, both artists are down to earth and aren’t afraid of taking risks

Cassper Nyovest was the first artist to take a risk when he asked me dress him for the international BET Awards and his outfit trended on social media for a week which led stripes being the it trademark in South African Fashion.

We planning on hosting a major independent show next that always to fully showcase our creativity, we also plan on working with a couple of well known artists on editorials and a short film we have planned.

I can’t say alot about the project but all I can say is expect the full heat.

8. I see your new collection is inspired by stripes how did that whole concept come about?

Im interested in finding new ways of fusing African aesthetics with modern aesthetics and 1 thing I found out was how animal print comes along way for Africans, and after I used the print the on Cassper Nyovest I decided to explore it more. I also realized after we dressed Cassper in 2018 with the Zebra stripes most designer houses started using using the stripes in 2019. I guess we also trend setters of the stripes.