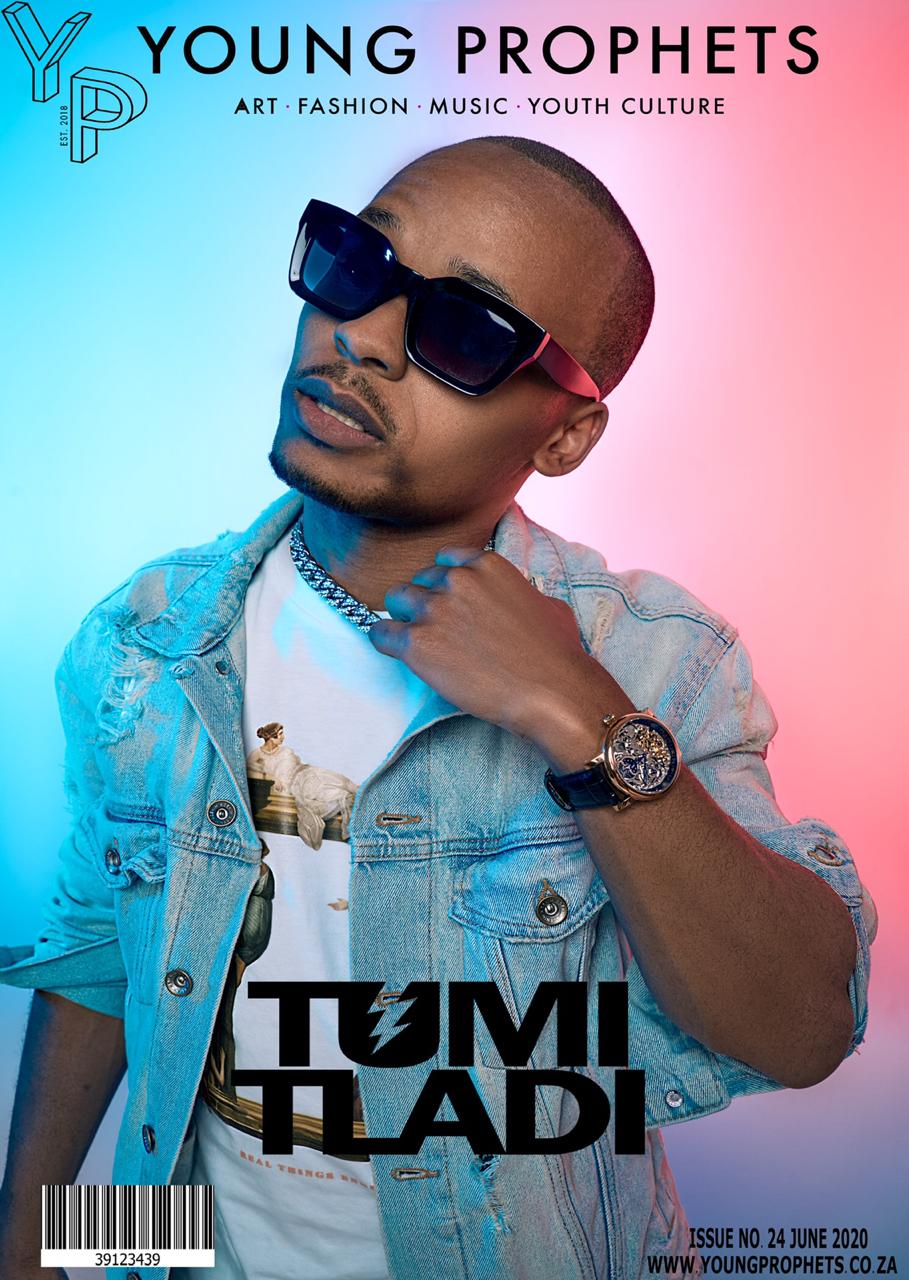 He is multi-talented, brimming with creativity, and bursting with energy, and this is only just the beginning. Diminutive Johannesburg based power-ball, Tumi Tladi is a rapper, singer, songwriter, videographer, dancer, and more. He wants to share himself with the world.

2012 however proved to be a turning point. Having just landed in Los Angeles, observers blinked twice as Tumi stole the show doing a music video for Hollywood actor and singer, Will Smith and actress Jada Pinkett Smith’s children Willow and Jaden as a dancer. Tumi Tladi has danced with Cassper through Cassper’s best performance moments ever seen on television. Out of this experience, Tumi and his Friend Costa Titch decided to make their first song called Punchlineand Cassper liked the vibe they were on being dancers that can make music. Tumi decided to go harder than ever and released his first well-known single called “You ain’t shh” that attacked the streets of Jozi in 2015. The song made its rotation on radio and tv and that introduced him into the streets.

He made a mark on SA radio when he released a beautiful song called Burning Out featuring the popular Thabsie which was a remake of Hotstix classic hit Burn out. He is working alongside his best friend and producer Mustbedubz who has produced for the likes of JR. We asked him a couple of questions just to get just to find more about his new project and plans.

1. When did you start making music professionally and what was your first project?

I started making music professionally 2014 or let me just say 2015 and my first project was an album called “Written In The Stars”. it was still when I was finding myself, trying out this music thing and I was signed to 999 which was a dumb mistake.

“So yeah my goal is to release EPs so basically people can get to understand me/ get to know before an album, the first one was more of redemption from the first one I did with 999 and the most current one is more focused on me in terms of that I want to do this my way and not try to listen too much to people in the industry telling me, “hey Tumi do this hey tumi do that” it made it seem as if I don’t know my own vision. so t about me doing me basically being me whether you like it or not” 3. Can we expect an album soon and who you keen on collaborating with?

I don’t see myself having an album yet as am using EPs to built my catalogue and also so that people can get to know my music and me, I want it to come from the fans rather tell me that they want an album. Having a K.O feature would be amazing for me as I feel like we on the same frequency.

4. Plans for Tumi Tladi as a musician and brand?

5. What’s your take of the industry in South Africa and what would you advice someone coming behind or wants to be like you to do?

It’s like high school, like battle of the fittest, I wish someone had told me before I started this music thing that nothing else matters no amount of PR or branding or connection will make you great if your music doesn’t speak!.

His new EP called “Excuse Me For Being Me” is out now everywhere and he has taken his musicality and originality to a whole new level with producers like Mustbedubz and Jillz ( Jillz who produced “Move For Me” by Cassper Nyovest ). Which has the hit single BASADI and the remix just dropped please do check it out.