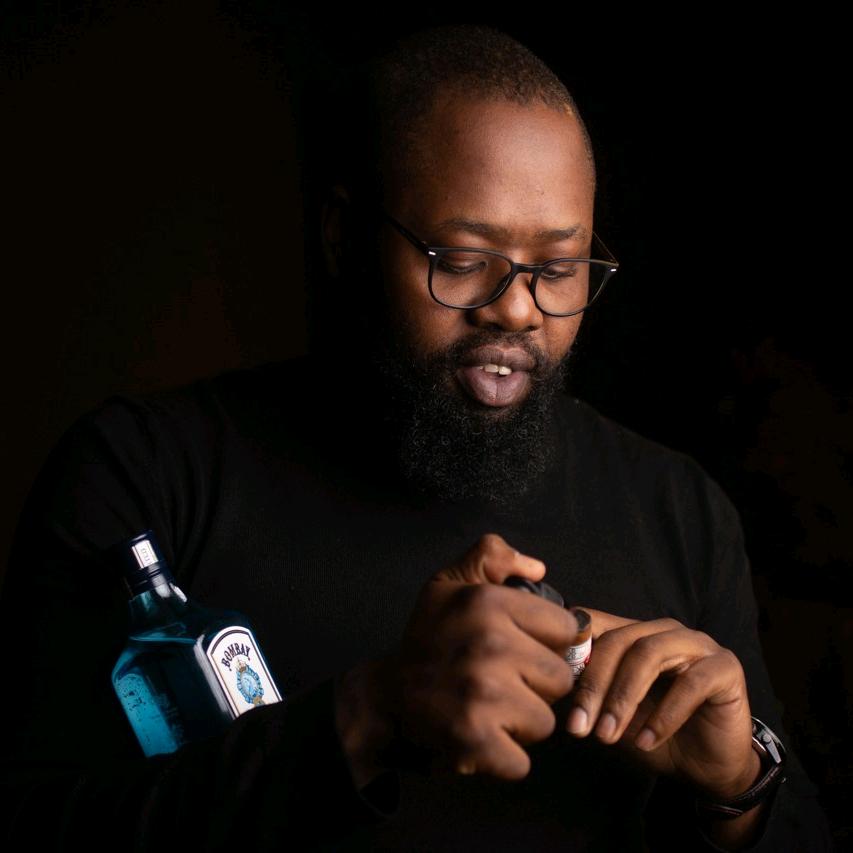 Gundo Victor Luvhengo known as Vic _Typhoon is a hip-hop artist, photographer, DJ & an Entrepreneur of note. Born on the 30th April 1993 in Soweto and raised in Johannesburg, he is of Venda origin and his culture played a role in forming his identity. Vic _Typhoon has been exposed to a vibrant music scene from a very young age, inspired by the surrounding of a musical family, they made it easy for him to love and learn music, from the time he could grab a chair, sit in front of a piano & start pressing keys, he started learning how to play piano and bass guitar which was influenced by his father. Playing instruments allowed him the opportunity in hearing, feeling and understanding music, just like any other teenager he enjoyed writing and mimicking music with his friends, his passion for music began in his primary school years and grew in high school where he joined the school choir, it’s through this that he gained more knowledge in music, which gave him a stepping stone into the music world, a world only he can imagine! Although Music was his first love, his business and photography demanded his time and focus, as a result the music took a back seat, that inner desire to do music cut deep and in 2017 he decided that it was time he ventured into the world of music again, proving to be a multi-talented & dynamic artist, he serves as a producer, compiler, rapper & song writer.

People were introduced to Vic Typhoon after the release of his EP (Don’t breathe) which received favorable feedback and with this release you can tell that he is from the new class of rappers, he has released two singles titled Zoom! and Come Through. Hip -Hop Artist-Photographer-DJ-Entrepreneur Here is the big question, is the music industry ready for this formidable star? Well, the industry has to prepare for this fresh talent, the creative rapper, the Venda Panda’s take over in the game. He has artfully & creatively redefined the hip-hop scene. Vic Typhoon has a unique sound, flow and approach, with his distinctive taste in music, his style range from hip-hop & trap soul which emerged from rnb, soul, rap, amalgamation of trap beats and soulful sounds. Because of his hard work and innovative business ideas, he will surely leave a mark in this game, he is a star to be reckoned with, a musical maestro in the making.

There is no reason we should not watch out for him, it is certain that he will remain true to his craft. Looking ahead, it will be a pleasure to give the world a touch and taste of Vic Typhoon. He quotes: Wherever I go I make an impact, when people enjoy, sing and dance to my music, then I know I have made a true musical impact!!!